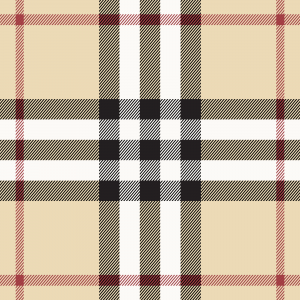 “A Word …” is my quarterly column for Landscape: The Journal of the Landscape Institute. Here in the Spring 2015 issue I introduce the damning term ‘blang’ – where bland meets bling.

A pewter-grey luxury sedan is parked on a pea gravel drive edged with tightly-clipped shin-high boxwood hedges. A pedimented entryway, door gloss black and studded with plain but highly polished stainless knobs and furniture, is flanked by two Laurus nobilis lollipop standards in square galvanized containers top-dressed with slate chips. Here we see the full suburban expression of the phenomenon known as ‘blang’– bland meets bling – and we could be anywhere in the world, but the combination, neatly sidestepping any expression of taste either bad or good, is the clearest possible visual code for a particular type of wealth. This is the wealth that dares not speak its name, except in the most minutely read details –hand-burnished cordovan loafers, creamy tailored beige raincoats, polished granite, an indeterminate abstract canvas in earth tones and mauve, a spray of lilies.It’s a form peculiar to a western middle-class and upper middle-class aversion to conspicuous display. Rarely are its symbols, which mumble instead of shouting about wealth, ironically appropriated by the subaltern classes as the trappings of wealth so often are, with the notable exception of the Burberry check (this is perhaps the ur-blang) and the Mercedes grille ornament as worn by rap artists in the 80’s and 90’s. The totems of luxury have always been subverted and parodied by those with the least disposable income, particularly the flashiest trappings that only the most spangled celebrities would dare to sport. Wear leopard and you’re either Paris Hilton, a punk, or a prostitute, though Paris is probably wearing a real skin rather than printed velour. Blang flies under the radar, avoiding any message at all except the hushed but urgent hint of money.Our urban buildings and landscapes often used to unabashedly flaunt the wealth of our culture. Gaudy, yes, but the etymology of the word gaudy comes from an old English root meaning ‘joke’ or ‘plaything’, and our landscapes, city or country, were festooned with ornamental swags and statuesque symbolisms of all stripes. Our landscapes were playthings, fantasies, and they expressed good taste, bad taste, and wild, unprecedented taste. Just as often they expressed sensibilities that were decidedly local as well, as did buildings, such as those of Czech Cubism or Belgian Art Nouveau. With the exception of a few token eruptions of starchitecture, though, our cities are now becoming wastelands of tepid blang as the non-tastes of bankers and developers are expressed with international money by international practices on ever-larger sites.

The architectural critic Owen Hatherley, in his A Guide to the New Ruins of Great Britain, calls the prevailing style in architecture ‘pseudomodernism.’ Pseudomodernism, he says, is ‘Postmodernism’s incorporation of a Modernist formal language.’ It includes the usual headline grabbing one-off architectural spectacles, but also the anodyne faceted glass towers whose sole characteristic is bulk (Shard, World Trade Center One), a whole slew of anonymous buildings with barcode façades, and sleek, vaguely Scandi condominium and ‘luxury flat’ developments. It’s these last few categories that I would identify as blang, and landscape architecture in many places is doing its best to keep up with this vapid, meaningless style. The City of London’s landscaping, which years ago Pevsner (I think) described as ‘suburban,’ continues to live up to this accusation to this day, and all our other great cities are being shrubbed up to look like corporate campuses. We’re making places with all the charm and distinction of a business hotel near the airport. So the next time you’re worried that your design might be seen as bad taste, well, you could just be on to something. Don’t let that idea go! Wear a little leopard! Don’t give in to the blang!