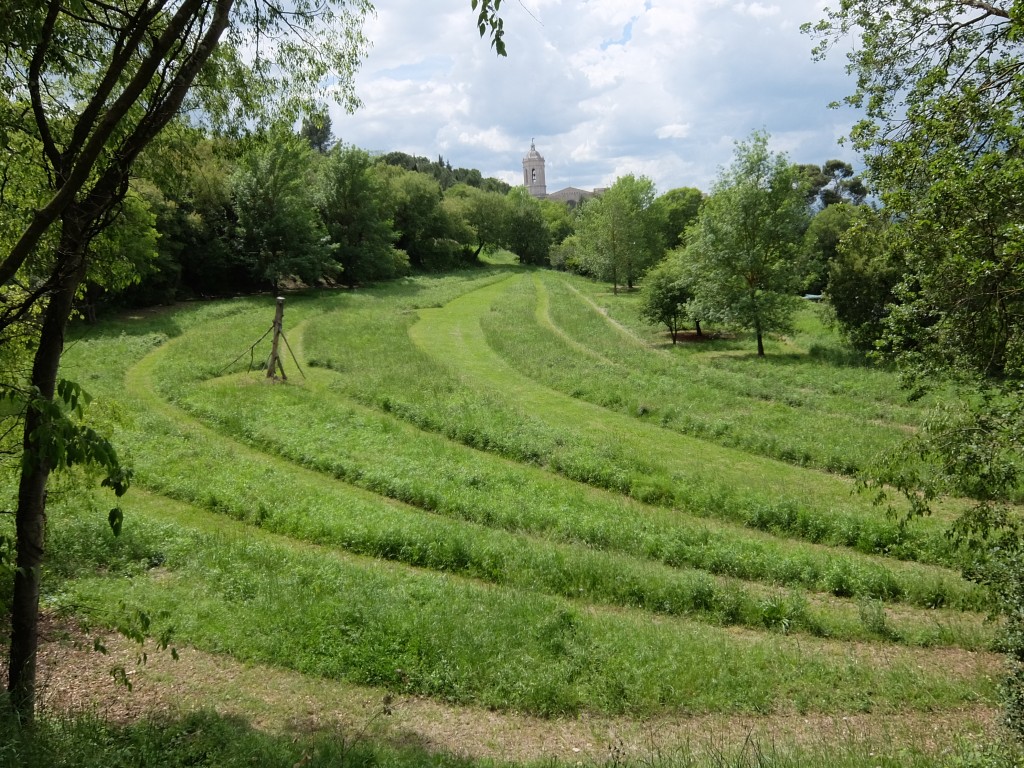 The work of EMF – Estudi Martí Franch – in Girona, combines techniques of landscape management and architecture with garden design, maintenance, and planning, illustrating the need to conceive of a more ecological relationship between landscape disciplines, urban and rural, in the future. See my upcoming article this summer on EMF’s work in Landscape Architecture Magazine.

“A Word …” is my quarterly column for Landscape: The Journal of the Landscape Institute. Here in the Summer 2016  issue I call for a unified voice and fewer petty distinctions between different arms of the landscape profession.

Last year Monty Don hosted a series on the BBC called ‘The Secret History of the British Garden’. In four parts, it covers the history of British landscape design from the 17th century until the present, with each episode spanning an entire century. Naturally, such a large scope compressed into four hours is inevitably going to involve some simplifications and generalisations, and much is guaranteed to be missed.

In the final episode, some familiar characters from modern and contemporary British landscape architecture appear: Geoffrey Jellicoe (without mention of his wife and design collaborator, Susan), Dominic Cole, and Phil Askew. While Cole and Askew both manage to make articulate plugs for landscape architecture, Geoffrey and Susan Jellicoe aren’t alive to insist on identifying the profession, and thus Monty Don refers to their work repeatedly as garden design, even when he is talking about large-scale masterplanning such as their work at Hemel Hempstead. Does this do landscape architecture a disservice, or does it simply highlight a reality of public perception that we can either fight or accept? In the public mind, garden design and landscape architecture are synonymous, and despite a century or so of clever and articulate people championing a difference, this conflation has not shifted at all.

From a garden design perspective, what is conspicuous about Monty Don’s treatment of twentieth and twenty-first century gardens is that, after having checked in at Hestercombe and Sissinghurst, his focus thereafter is strictly upon the work of landscape architects, which may well explain why he felt the need to identify Geoffrey Jellicoe as a garden designer – in order to throw a bone to garden designers who might feel they had been given short shrift. Indeed, where was Dan Pearson or Todd Longstaffe-Gowan or Arabella Lenox-Boyd or any number of garden design personalities who are not, by any means, shy of the lens or press? It’s worthwhile considering that garden designers are going to feel just as aggrieved about Don’s programme as landscape architects are about Jellicoe’s misidentification. Are both professions forever doomed to play second fiddle to each other?

Pearson and Longstaffe-Gowan are both garden designers who employ landscape architects, and both are undertaking large-scale public projects. In the case of their two practices, it is impossible to make a distinction between the two professions, with the possible exception of the fact that garden designers tend to be more visible to the media. Perhaps it is time to acknowledge that the two professions, while distinct, are interpenetrating. Perhaps, given that the big issues of our profession, from climate change to water-sensitive design, are being addressed in gardens as much as in public landscapes, we need to treat gardens with the utmost seriousness. Perhaps the British garden needs total reinvention. Perhaps we also need to insist that garden designers are educated as thoroughly and licensed as strictly as landscape architects.

And now that I’ve opened that can of garden- enriching worms, I shall open another. It is not just garden design, but also urban design that is a nebulously defined discipline which is nibbling away perennially at our borders. If we are to increase our visibility and viability as a profession, it will not be by retreating to a well-defined position that is almost certainly indefensible, but by opening up the discussion about how to build a unified voice with other professions and about how to ensure that all concerned are as highly qualified as possible. Opening up this discussion is very seriously overdue. If we can manage this discussion, which we must, then perhaps we can eventually get on to the one about how property developers also ought to have rigorous built-environment qualifications.