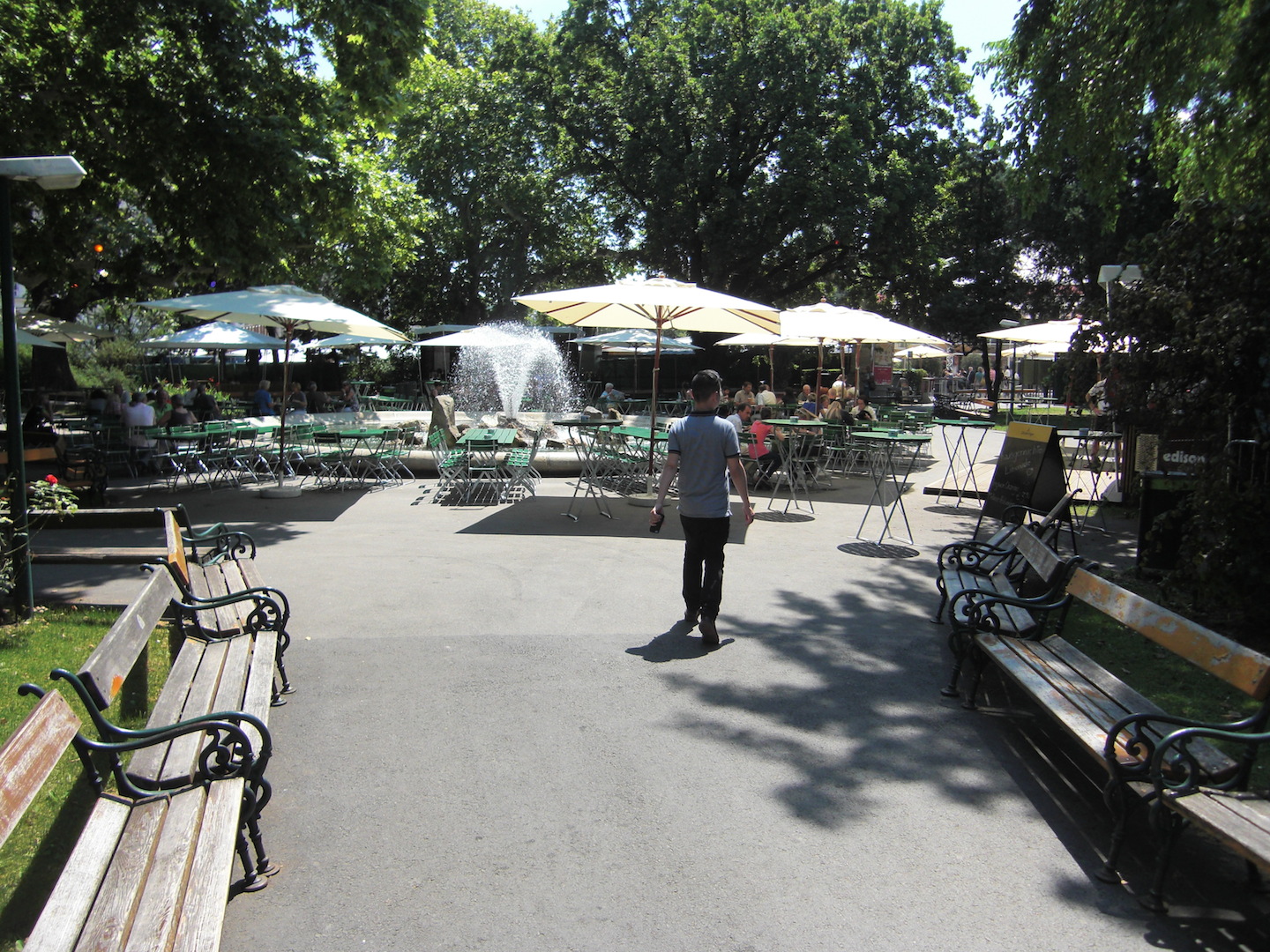 A stroll in Vienna’s Rathausplatz garden. Designing for this kind of leisure, pleasure, and play is anything but a ‘bullshit job.’ Photo by author

“A Word …” is my quarterly column for Landscape: The Journal of the Landscape Institute. Here in the Winter 2014 issue I argue for a better work/life balance for landscape architects.

Ebenezer Howard, the father of the garden city, whose diagrams of garden city relationships of 1898 have consistently been mistaken for blueprints ever since, would, were he alive today, be aghast at both that fact and at the fact that we have fallen so far short of the ideal social relationships that he envisioned as well. Howard was a radical with a keen sense of social justice, who believed that people should be in charge of their own environments and their own destinies, and that they had a right to do meaningful work that would benefit themselves, their families, their communities, and the natural world around them. Listen to his tub-thumping tone here: “The true remedy for capitalist oppression where it exists, is not the strike of no work, but the strike of true work, and against this last blow the oppressor has no weapon.” He meant both the work of the traditional workplace, and also the work that we do as part of our communities to build a better world together.

Most who work in the landscape professions can actually lay claim to doing true work that makes an actual difference, a rarity in this age where many people work what anthropologist David Graeber has called ‘bullshit jobs’ (such as telemarketers, corporate lawyers, or people suspended in the middle of vast bureaucratic structures who can see for themselves that their work is meaningless). In order for these people to have self worth in such jobs, society has been restructured such that the value of work is in the act of work, and not in that value created from it. In this skewed world, someone who works fifty hours a week producing nothing has greater value than someone who works a few hours a week producing something that makes the world a better place, such as beautifully illustrated children’s books or solar panels or delicious pies. Graeber believes we should judge the value of labour by how well it cares for people rather than by any other conventional measure.

This attitude of work-for-work’s-sake means a few rather dreadful and dangerous things for designers. First, because the work of design is both enjoyable and can produce things that make the world a better place, it is suspect. You shouldn’t enjoy your work, and if you do, you should be paid less. People who genuinely do good things in the world are often paid a pittance – care-givers, teachers, artists, designers. Second, the creative lives of creative people are now governed by an insane work ethic that keeps them in their desks for fearfully long hours, despite the fact that creative work requires copious quantities of down time, thinking time, and lots and lots of time to make mistakes and learn from them.

Finally, and I think this might be the most damaging consequence of long working hours in design – particularly landscape design – is that everyone is working so hard that they have forgotten how to live, how to relax, and how to enjoy those spaces that they are straining themselves to design. You wouldn’t ask someone who never eats delicious pies to make some for you any more than you would ask someone with no experience of leisure to design the places you need for fun and conviviality.

So, next time you find yourself in the office at 8pm do yourself and everyone else a favour and leave. Go to the pub – no, better yet go to the park. Live a little, relax a little, and then when you go back to work what you do will be all the more meaningful for it. Strike a blow at those capitalist oppressors by doing a lot more true work -and stand up for your right to work and be compensated for something that’s not a bullshit job.